In the movie Taken released in 2008, Liam Neeson’s character had a small but impactful speech that has become a classic as powerful as any speech Clint Eastwood ever delivered on film.

When talking to his daughters kidnappers he told them, “If you are looking for ransom, I can tell you I don’t have money, but what I do have are a very particular set of skills. Skills I have acquired over a very long career. Skills that make me a nightmare for people like you. If you let my daughter go now that’ll be the end of it.  I will not look for you, I will not pursue you, but if you don’t, I will look for you, I will find you and I will kill you.”

Our image of characters like this and other “action heroes” is that they lead a very different life from you and I. We are not called on by our government to take on some daring mission or forced to respond to a group of criminals because of an egregious act. We are normal people living relatively normal lives.

However, there are times that circumstances may place us in a dangerous situation, a situation where our security is threatened, our vulnerability exploited and our relative innocence shattered. There are bad people in the world and sometimes good people cross paths with bad people.

Recently we had a couple that visited our class. Theyt made the comment that they were nonviolent. I didn’t think too much of it at the time, but as another friend and I, who heard the same comment discussed it, I began to wonder if I had conveyed the wrong message or maybe our message was incomplete.

Patrick Swayze in the movie Roadhouse was hired to clean up a bar and move out the riff raff. When talking to his bouncers, he gave them three rules; 1) Never underestimate your opponent 2) take the trouble outside, don’t start anything in the bar and 3) be nice.

The first rule is great advice for anyone, but the third rule is the one that was unexpected. Bouncers aren’t generally nice people. Their job is to control the rowdies and apply force when necessary, so the directive to be nice seems to be in conflict with their role. However, there was a second part to that rule; “Be nice…until its time not to be nice.”

We teach a “particular set of skills.” We teach and train on how to prevent, avoid and counter physical threats and attacks but we are not trying to fundamentally change who you are. There’s no reason for anyone to change their personality or their relationships. This is not about being macho or becoming an alpha personality. Think about it. If you’re out in public and someone confronts you or someone you’re with, starts threatening or getting physical, what are you going to do? Just let them and hope they stop?

We abhor the idea of using force on someone else, but sometimes we may have to. We cannot rely on the mercy of the assailant, especially when we sense physical harm may be imminent.  Wouldn’t it be prudent to already have thoughts of that ahead of time and be prepared just in case?

That’s what we do, we take nice people and provide them some tools to maybe help themselves and others when it’s most critical.

We are looking for nice people. Come join us. 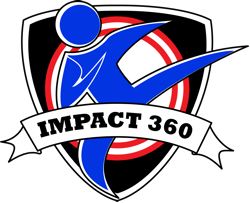